Do you know the true internet speed you can expect at your training venue?

Lane End Conference Centre recently invested in a direct fibre optic internet link. The final implementation took place at the end of April. Ever since then the venue benefits from a superfast, totally reliable internet connection. 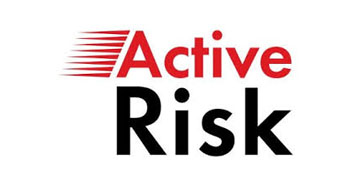 Strong growth in sales over the last 12 months has prompted Lane End Conference Centre to stop taking late bookings so it can concentrate on core business.

Rapidly increasing demand for conference facilities means Lane End will now not accept last-minute bedroom reservations unless they are part of a group booking through a corporate account.

At least 60 per cent of our business at Lane End Conference Centre comes from existing customers.

And the overwhelming message they give us is that they choose Lane End because it is a dedicated conference venue that focuses specifically on the business sector.

Ever been to a working lunch that was more ‘lunch’ than ‘working’?

Perhaps the food took too long to arrive. Or maybe it took ages for the messy plates to be cleared. There must be a better way…

What we took away from the M&IT Awards

They say not everyone can be a winner. However, being nominated in the best UK conference centre category at the 24th annual M&IT awards was a prize in itself. We did not win the gold award this year, but we returned to Lane End as one of four finalists in our category of this UK-wide industry award, voted for by customers.

Bento boxes are ideal for working lunches at conference venues. They comprise a single-portion meal neatly packed in a box with individual compartments for each tasty option.

This summer’s London 2012 games will be unmissable – for people all over the UK it will be the sports spectacular of a lifetime.

Teams will compete to win gold, silver and bronze medals ­ the one that gains the most at the end of each day will be declared the winner.

Lane End Conference Centre has been shortlisted for two major UK awards in a matter of weeks.

It comes just weeks after Sales and Marketing Manager Heni Fourie was selected as a finalist in the Meetings Industry Association’s prestigious MIA-List awards.

Lane End Conference Centre has been shortlisted for another major UK industry award – our second national award nomination in a matter of weeks.