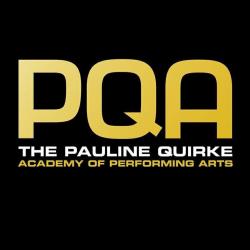 The PQA is a multi-site performing arts academy for young people aged between the ages of 4 and 18 that was set up and endorsed by the famous actress, Pauline Quirke. The Academy, which is designed to encourage hardworking, inspirational, and creative individuals with a passion for performing arts, was founded in 2007 by the star, and now has 68 centres throughout the world.

Pauline Quirke said, “When we opened our first Academy in 2007 our mission was simply to provide the very best performing arts education. We've grown a lot since then, but that mission hasn't changed. By working with people, we believe are outstanding in their field, we aim to bring the widest, most exciting experience to our students in an environment that is both friendly and rewarding.”

The PQA’s core modules in Comedy & Drama, Musical Theatre and Film & Television teach a comprehensive range of skills, which are useful for everyday life, not just a career in the performing arts, whilst masterclasses allow students to experience more specialist lessons in areas like stage combat, beat boxing and street dance.

As well as many in-house productions and showcases there are two stand-out highlights for all PQA students. The first is the chance to see their short film projects on the big screen of their local cinema and the second is the chance to take part in one of the annual PQA shows in the West End when different academies join to create a spectacular show.

For those students who want the chance to work professionally, there is the opportunity to join Quirky Kidz Creative Management (QK), an agency that exclusively represents PQA students. QK clients have won parts in many high-profile projects including Charlie & The Chocolate Factory (West End); Peaky Blinders (BBC); EastEnders (BBC); and the smash-hit feature film Les Miserables. More information about the academy can be found here:  www.pqacademy.com.

The PQA chose to utilise a range of Lane End’s facilities, including The Wycombe Lodge building and the recently refurbished Pavilion due to the self-contained, quiet and private nature of the buildings.

Karen Sharman of The Pauline Quirke Academy, commented; “The attendees utilised the areas at Lane End Conference Centre as workshop space to do team exercises and network with each other as they are largely from different academies across the UK. Lane End’s exclusivity is perfect for offering undisturbed networking opportunities, giving our teachers and principals a chance to really get to know each other, but more importantly, share their ideas and learn from one another. The venue is perfect for this and provides a great all-round package for us.”

Lane End is no stranger to welcoming up-and-coming talent having recently hosted a new group of film-makers. Learn more about this event here.